Eventually, all casino players run into popular superstitions about games, like prevalent video poker myths. There’s nothing wrong with trusting luck and trying your best, but there’s no surefire way to get a payout from these machines.

Since all video poker machines use slot machine mechanics, the odds of cheating are close to zero. This is because video poker games are controlled by random number generators (RNGs), that are constantly cycling between outcomes.

So, in the long run, it’s impossible to predict outcomes, and to get the big payouts we all dream of. In this guide, we’ll be going through the top 5 video poker myths you might have heard of. And, possibly, some you haven’t yet found while playing video poker.

As the most coveted hand in the game, a royal flush is always at the top of video poker pay tables (and player hopes). So, it’s natural to think that this hand takes up most of the return to player (RTP) payout percentage and that you should aim for “royal-only” strategies.

At the end of the day, trying to only get a royal flush is a bad strategy. And it doesn’t pay out as much as you’d think. 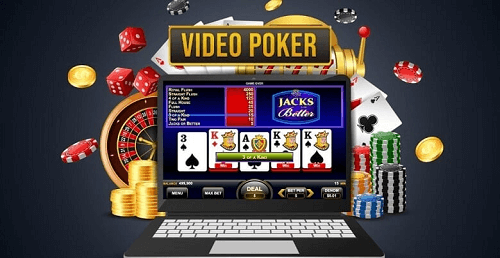 2 Video Poker Myth: You Can Make a Living

One of the most popular video poker myths is that you can make a living off of video poker machines. While it was possible back in the day, the current expected returns of the game are lower than you think.

Since the machines are now using RNGs to control the outcomes, the payout percentages are more consistent and lower than 99%. Once upon a time, RTP rates went over 100%, but that’s not possible anymore as the industry continues to grow.

Another factor is that the maximum bets have lowered dramatically at land-based and online casinos. There aren’t any machines these days that go over $1, even at online gambling sites.

3. Hands Are Paid on a Cycle

One of the most common myths for video poker we’ve come across is that high-value hands have a cycle. Scoring a royal flush has odds of 40 000 to one, and the other coveted hands are in the same range. What most players don’t realise is that the machines don’t use payout cycles, they use odds of winning.

So, even if you sit through 40 000 hands (we wouldn’t recommend it), the odds of you getting higher value hands is negligible. So, banking on the cycles of a machine won’t get you the big wins you want, and you’ll end up losing more. 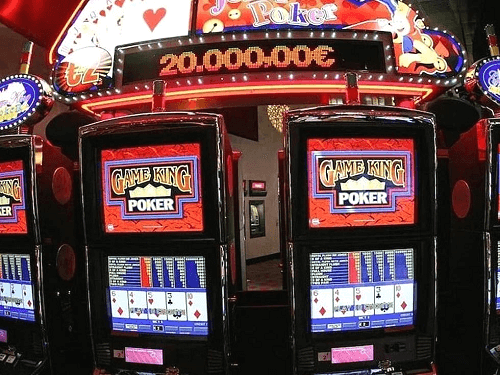 Many gamblers believe these video poker myths: that casinos can change the RTP whenever they want. While land-based casinos can raise the house edge, they can’t change the RNGs and influence the games.

Many video poker players will tell you to avoid specific machines and avoid playing on weekends and holidays. This is a popular theory that claims that casinos will lower payback when the venue or site is busy.

However, it’s just not possible, and all legal casinos are regularly reviewed by regulators to ensure that they’re playing by the rules. So, your chances of winning are always the same, even if the house edge is higher.

One of the most prevalent casino game myths is that they run “hot or cold,” because of how often they payout. Apparently, “hot” machines are due to hit at any moment, but that’s not how the game works. To make things worse, every poker strategy depends on this type of belief and will push you to fall for it.

This is because video poker machines are programmed differently to slots games, so they aren’t as volatile. Still, it applies to any game and hand you play, because there’s no way to win often on hot or cold machines.

Regardless of the variant, like Joker Poker, Deuces Wild, Double Bonus Poker, or a Jacks or Better game, the card combinations are random. So, you’re better off learning video poker lessons and just playing a game.

Over the years, our experts have found that video poker machines pay randomly. And that trying to force a win never works. Of course, there are some lucky hits, but it doesn’t matter how many hours a day you spend playing. Whether or not you play 20 hands or one, you’ll get payouts eventually.