How to Play Poker for Real Money USA 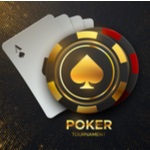 To know how to play Poker online in USA is easier than ever. Poker is an easy-to-understand casino game that offers US players the chance to win some massive real money jackpots. Firstly, let us define poker, Poker is a popular casino game that’s easy to learn however a bit hard to master. Even though it’s a card game, poker is a strategy game, and you’ll need to continually read players in order to decide when to fold, when to bluff, and also when to call someone else’s bluff. There are numerous variations of poker, however, Texas Hold’em is the popular game. While every variation has its own rules, the ABCs of the game is the same. All you need to do is master the basics – then you can develop your own winning strategy! Find the step by step guide here!

As mentioned above, there are different poker games to play. We share some with you below:

Texas Hold’em Poker outranks all other poker games by a long margin. The game is a game of choice at the World Series of Poker (WSOP). With Texas Hold’em Poker, You must create the strongest 5 card hand at the table. You’re dealt 2-hole cards, and the board comprises of The Flop, Turn, and the River.

Omaha Hi, known as PLO (Pot Limit Omaha) is a hot favorite with poker gamblers. This thrilling game is played with 4 pocket cards (hole cards). The aim is to compile the best 5 card hand with the use of 2 pocket cards only and 3 cards from the board. The community cards comprise of The Flop, The Turn, and the River. Omaha Hi poker varies from Texas Hold’em in that you may not easily play the board – you must use 2-hole cards.

7 Card Stud is a definitive poker game. Everyone at the table gets 7 cards. There are no community cards to gamble with. With 7 Card Stud, you’ allowed to use the cards that are on your board to create the best-ranking hand. This tactical game includes bring-in bets, pre-flop antes, and lots of action over 5 streets.

The beauty of gambling Omaha Hi-Lo is that you get to play for the Hi Hand and also the Lo Hand. The poker pot is divided down the middle for the Hi Hand victor and the Lo Hand victor. To triumph the Lo Hand, you must create a 5-card hand with card values that are lower than 8. Keep in mind that only 2 of the 4 pocket cards can be used in adding to 3 of the 5 community cards (Flop, River, and Turn).

How to Play Poker -Tips

Step by Step How to play Poker Guide:

Step 1. Learn and memorize the ten most common and basic five-card hands. (A list of the different hands is listed later in this article.)

Step 2. Join a game and place a bet. Placing a bet is known as a “chip in”. When placing the first chip/coin/cash, it is called “Placing the ante”. This is the agreed token bet that primes the pot and gets all the players interested in winning.

Step 3. The dealer then shuffles the deck of cards (of which the jokers have been removed). After the shuffle, the dealer then starts handing out cards to players, starting at their far left and moving clockwise around the table. This goes on until each player has five cards, face-down, in front of them.

Step 4. Players then get a chance to look at the cards they have been dealt with. This is usually when players look for a “tell” in other players. A “tell” is an involuntary movement or reaction by some players when they are dealt a good or bad hand. Some players go to extraordinary lengths to hide them tell or to create false tells, in order to “bluff” other players.

Step 5. Next, the game opens up, and players are given the chance to bet. In flop-style poker games (like Texas Hold’em), the player to the left of the dealer is then required to make the ‘small blind’ bet, and the player to their left, the ‘big blind’ bet. Players can also choose to ‘check’ for one round, which means they do not want to make a second wager and will choose to stay with what they have in the pot. If every player checks, players are then given the chance to discard three of their cards and have the dealer give them three new cards instead.

Step 6. Players can also choose to ‘Fold’, whereby they leave round and won’t have to make any more wagers. Any money already wagered is forfeited to the pot. If players raise, the next player in line has to either match their bet, raise it, or fold. If a player wants to fold, they put all the cards face down on the table and push it toward the dealer or the rejected cards.

Step 7. The round is repeated, and players are given a last chance to bet, either by raising or calling a bet or to fold.

Step 8. The game then proceeds into what is called “the showdown”. This is when all the players left in the game show their hands to the table, by placing all the cards face-up on the table. Players usually do this clockwise from left, and not all at the same time.

The player with the best hand is then declared the winner of the round, and the entire pot goes to them. In the event of a draw, the pot is split.

*This step-by-step guide was an example of how to play traditional three-card draw poker, one of the most popular versions and played around the world.

How to Play Poker with Chips

Playing poker with chips is the traditional way of enjoying one of the world’s favourite casino games. Playing poker with chips can be done for real money or for fun, depending on the situation. When playing for real money, players buy a set number of chips, depending on their budget. Each chip then represents a monetary value. Chips can range from $1 to $1 000 000. Chips make it much safer for players at a land-based casino, reducing the risk of players getting robbed for the cash they have with them.

At the start of the round, one player will be required to make either a ‘small blind’ or ‘big blind’ bet, before they have even seen their cards. This will set the tone for the rest of the wagers made during the round. Players can then cash out their chips in exchange for cash at the end of the game.

How to Play Poker without Chips

The aim of Poker has always been to play for prizes. Anything and everything has been wagered, though almost no reputable casino will allow players to wager anything but cash in the form of chips. But what if you want to play without chips? Well, players can substitute any other item, and assign a value to each item, and use that to wager. Players who just want to play for fun can then return those items to their rightful owners after the game.

Players who don’t want to wager with any chips or substitute can simply hand out cards, and see who has the higher hand, though this takes out a lot of the thrills of the game.

In any game of Poker, the outcome of a round is determined by the cards each player holds in their hand. The player with the best cards, i.e. ‘the high hand’ is declared the winner. These are the different winning hands in a game of Poker, ranked from worst to best.

Note: If a kicker card is used to determine the winner between two hands, and both players have the same kicker card, the pot is split between the two players.

How to Play Poker FAQs

Do I have to learn how to play Poker beforehand? Can’t I pick it up as I go along?

Though it is possible for players to just jump in and learn-on-the-fly, it really isn’t advised. Doing this puts players at real risk of losing massive amounts of money.

To this end, at Casinos Online USA we recommend that both new and experienced players read our guide on how to play poker first, and play an online poker game for free, to ensure they understand the rules well enough to put it into practice. Only then should players start playing for real money.

Most casinos, including those featured on Casinos Online USA, will allow players to play for free in order to learn how the games work. However, these free casino games are limited to the traditional online Poker games and do not include live dealer Poker, which is exclusively played for real money.

Do I have to learn the rules for every version of Poker before I even start playing one?

No. Players should at least learn the rules of the version they want to play before they start the game.

Can a casino cheat me when I play Poker?

Yes, that is why it is vitally important that players don’t just gamble at the first casino they find, but rather at one of the trustworthy and reliable casinos featured on Casinos Online USA.

If I already know how to play live Poker, can I just go ahead and play online Poker?

Though live Poker and online Poker are similar in most respects, players should still first read about all the nuances and intricacies of online Poker before they play or wager. This ensures an enjoyable and successful gambling experience.

More How to play Guides