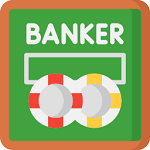 Baccarat seems like a mysterious game to many avid gamblers. Often, the game is gated off at brick-and-mortar casinos, exclusive to high-rollers who can reach the minimum bet limit. The truth is you’ve probably seen James Bond play the game but you’ve never tried it yourself.

Well, the game is really shouldn’t seem intimidating, especially as online casinos are pretty liberal with their minimum betting limits. So, the game is pretty much available to anyone who wants to play it these days.

If you would like to find out more about baccarat, such as how the game works and where it comes from, make sure to stick around. Below we have a good look at some of the internet’s most frequently asked questions about baccarat. So, have a look; we may just answer your question!

The origins of baccarat are currently unknown. However, there are a few theories of how the game came to exist. Some sources suggest that the game was created in Italy by a man called Felix Falguiere and that the game made its way to France during Franco-Italian Wars during the 15th and 14th centuries.

Other sources suggest that the game is a little more modern than that and that it was created some time in the 19th century. There are documents that suggest the game was very popular in France during the Napoleonic era and that several modern variations of the game spawned from game rooms of that period. 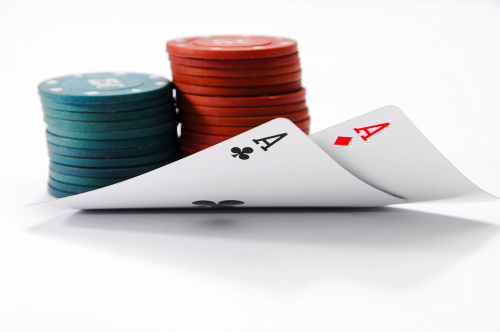 How does baccarat work?

Baccarat is fairly easy to play. Here are some CliffNotes if you are not ready to delve deep into detailed guides:

What is the best baccarat system?

Baccarat is really a game based on luck. It isn’t like blackjack, where card counting and basic strategy may have a significant impact on your profitability. Thus, many experts recommend a sort of “pump-and-dump” strategy because you shouldn’t play the game for long periods if you want to keep your profits.

So, it is advised that the Martingale betting system is used. We usually don’t recommend negative progression betting systems. However, because baccarat provides a near 50/50 chance of winning by betting either on the player or banker, you do have a good chance of making a lot of money on a winning streak.

Why do baccarat players bend the cards?

Bending the cards to take a small look at what lays underneath is a popular superstition associated with baccarat. The idea is that you get a chance to deduce what cards you may have. Supposedly, you increase your chances of winning.

What is the best way to play baccarat?

We believe the best way to play baccarat is online. While casinos across the United States seem to stick to offering Punto Banco, there are many other variations online. This includes Chemin de fer and Baccarat Banque – the two variations of the game that are more popular in France.

New sub-variations are also constantly being made such Mini-baccarat and EZ Baccarat, which provides players with new opportunities. So, be sure to have a look for these options and more online.

How many decks of cards are used in baccarat?

A baccarat shoe contains either six or eight decks, depending on the variation of the game being played. The number of decks used in the game affects the odds you face. Generally, games that use with fewer decks provide you with better odds of winning on certain bets because there are fewer possible outcomes.

What is the exact house edge in a game of baccarat?

The house edge depends on the number of decks being used in a game. In a standard eight-deck game, players face a house edge as low as 1.06%. However, it is important to remember that house edge changes depending on the bet you make. So, bets on the banker have a low house edge but bets on the player/yourself (1.24%) or a tie (14.36%) are significantly higher.

As mentioned above, fewer decks in some games could provide you with better chances of winning some bets but worse odds on others. Don’t ever go for the tie bet in single-deck games!

Why does the banker have an advantage in baccarat?

Bankers have the edge in baccarat due to drawing rules. Although it has been suggested that the statistical advantage is so slight that the banker’s hand is 1% more likely to win than the player’s hand.

It is important to note that you have to pay a house commission for betting on the banker. About 5% of your winnings will go to the casino. This is to prevent players from profiting over the dealer having an edge.

I win at baccarat. Is it my luck or have I got something?

It is always important to remember that gambling games are based on chance, so it is pretty much always luck driving your wins. Yes, you can implement strategy to improve your odds in some games but with chance-based games, you are at the mercy of randomness.

So, if you are on a winning streak, be thankful because it could end at any time. And, it is for this reason you should never place stupid bets that could cost you your entire bankroll with one hand.

What is the baccarat hold?

The hold refers to the amount of money that the casino gets from the game. This amount varies a lot based on the game being played, the size of the best being placed, and the type of best being placed. So, even though baccarat has a relative house edge (1.06% on banker bets), they hold value may be as high as 15% if a set of high-risk, high-reward players come and try their luck with tie bets.