Why Utah Isn’t Taking Any Bets

The United States is mostly considered the “land of the free.” And with freedom mostly comes the choice to choose certain activities. However, did you know that two states within the US have completely forbidden any kind of gambling? These two states are Hawaii and Utah.

In this guide, we take a look at the state of Utah, its history, and why this makes sense for the local culture. You’ll also find out more about why betting in Utah is forbidden and what you can do as a resident of the state. 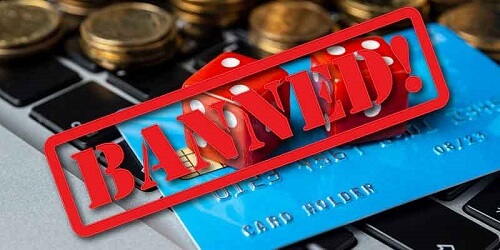 Why Is There No Bookmaking in Utah?

The Mormon Church of Latter-Day Saints, also known as LDS, does not excuse any kind of sinful activity. This includes alcohol, nicotine, caffeine, and partaking in real cash gambling.

the LDS Church has a heavy influence on the state of Utah’s culture and politics. Therefore, Utah outlawed all types of gambling for anything of value.

And this only makes sense because it’s simply a part of the established culture. With a great Mormon population in Utah, it’s only fair that the community’s majority affects local principles.

The Church of Latter-Day Saints

Utah has the highest Mormon population worldwide. Let’s break this down:

Gambling is illegal. The first difference of the Church was founded by Joseph Smith in 1830. It was known as the Church of Christ, located in Ohio. More people don’t know that this misinterpreted religion wasn’t founded in Utah. Early Mormons managed to carry their beliefs west with the Western Expansion of the 1800s. They then ended up in Utah after more banishments and finally found their Holy Land.

Is All Gambling Illegal in Utah?

Simply put, yes. It is unlawful in the State of Utah to do the following activities:

Where Can Utah Residents Gamble?

There are loopholes in the rule for Utah residents who want to gamble. They’re not going to be for real money; however, you can wager in your home state at a charity event for fake cash.

Luckily, Utah’s neighbor is the gambling mecca—Nevada. Depending on where you are based in Utah will depend on where the nearby gambling establishment is.