Can You Cheat at Video Poker?

By now, I am sure that everyone knows about the laundry list of ways that you can cheat at traditional poker. A few of the ways also include sliding an ace from your sleeve or marking the best poker cards so you’ll know what opponents are holding.

However, video poker doesn’t seem to be all that vulnerable to cheaters at first glance. With no poker cards to manipulate, human dealers to corrupt, or even chips to steal, the sterilized gameplay offered by a video poker machine suggests a clean, cheat-free experience for game players and casinos alike.

On the other hand, video poker is a game in which players put real money on the line, hoping to beat odds that are inherently stacked against them.

How to Cheat on Video Poker and why you should not

With every method to cheat at video poker, you’ll also discover a good reason why you shouldn’t even bother to try.

This glitch in the game system remained undetected for seven years until video poker player John Kane stumbled upon the bug. During a low-stakes session in Downtown Las Vegas, Kane went to cash out and change machines when Game King unexpectedly lit up with a $1,000 jackpot. Kane tried to inform the casino about the error, but they wound up paying it off anyway.

Why You Shouldn’t Try Hacking the Machine

Casinos maintain detailed records of each machine’s performance. In time, the security teams began to suspect something was amiss. After heading back to the east coast to skim the video poker games in Pennsylvania, Nestor received a warning from Kane to stay out of the casinos because he had been caught and arrested in Las Vegas.

One of the oldest cheating tricks in machine-based gambling involved a fishing line tied to a nickel.

Old-time con artists would insert their coin into a slot machine, let it fall far enough to trigger the game’s play function, then pull the lever as they slyly withdrew the coin. 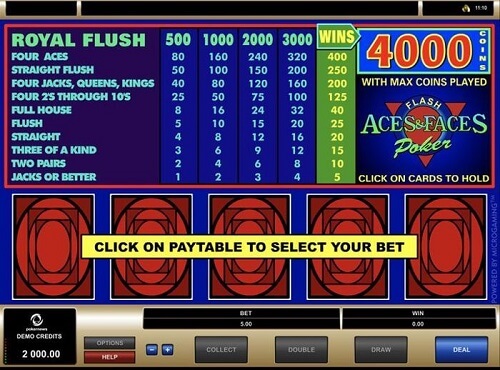 Why You Shouldn’t Try Tricking the Machine

In the Wisconsin case, the fact that the bars and taverns were illegally running video poker games meant that the cheaters got off scot-free.

But if you fish your bills back in any jurisdiction where gambling on video poker is legal, you can wager your bottom dollar that the cameras overhead will catch you red-handed.

Using a Device to Provide Perfect Strategy Advice as You Play

Video poker game experts pride themselves on memorizing and mastering the basic strategy guidelines for their favorite game.

This one’s a little questionable as to whether or not it should be considered cheating, but in the eyes of the law, using another player’s credits as your own is prohibited.

Imagine grinding along and enjoying a fun game of Jacks or Better. Your neighbor isn’t having as good of a time, however. After losing another $100 in short order, they stomp off in a huff, never to return.

Why You Shouldn’t Use Another Player’s Credits

In almost every state where gambling is legal, regulations are on the books. They are stating that lost or even forgotten player funds become the house’s property by default. In other words, when you play another player’s credits, you’re actually stealing from the casino.

As one of the truly skill-based gambling games out there. Video poker doesn’t really appear to be prone to cheating like alternatives such as roulette that rely on pure luck alone.