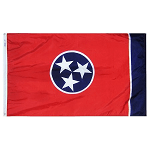 Take a tour around Tennessee, and you won’t see a casino insight. That’s because the state has no casinos besides the state lottery. In addition to this, it doesn’t provide horse racing.

There is an exception to charities who can offer raffles for prizes but not money. With that said, the non-profit organization is not allowed to have bingo games.

US players should be so disappointed because some events made a plan to accommodate gamblers. They transport players to close states that have casinos. Now, doesn’t that sound better?

Gamblers need to understand that Tennessee is a conservative state. It is one of the many states that legalized state lottery.

Tunica, MS, has casinos for players who come from the west section of the state while the east can visit North Carolina. However, Kentucky has off-track wagering on horses and racing machines. Although players from the US won’t come across casinos in Tennessee, here what they can expect below.

The reality is that there are no gambling casinos in Tennessee, but daily fantasy sports can operate. However, the state does not fully agree with that and is looking into the regulation matters. Tennessee players are allowed to use sites like CBS Sports, FanDuel and DraftKings.

The State lottery is the only type of gambling that is allowed in the state. What can be purchased is lotto tickets and scratch-offs, which involves interstate lottos and drawings. Tennessee is not far from casino cities, which means US gamblers can look at other places.

Harrah’s Cherokee, West Memphis, Tunica County are three towns that provide players with some gambling action. So, players who want to play some of the games outside the state are more than welcome. If you can’t get yourself there, casino services from the state drop you off at another casino location not far.

It’s quite clear that the state does not want to be associated with gambling. Players who want to play the lotto have to be 18 years or older. The state may run the state lottery which offers lotto games and instant scratch-offs. No tickets are to be sold over the web.

As we have already stated, charities can’t offer bingo at all. Other states that are on the same boat at Tennessee are Hawaii and Utah. Raffles are allowed with prizes on offer and limitations according to the state. 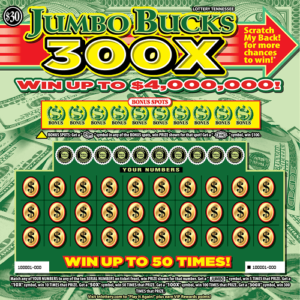 Gambling in the state might be banned, but things were not like this before. In 1986, bingo was well in operation until it came to an end. An authority said that he was bribed, and a state representative attacked illegal bingo businesses. Three years later, the illegal operation was called into order, and the Tennessee Supreme made bingo illegal.

Gambling FAQs and Casinos in Tennessee

Is gambling legal in Tennessee?

No. The State lottery is the only legal gambling.

Players who want to buy lotto tickets need to be 18 years old.

Are there casinos in Tennessee?

No. Players will not find any casinos in Tennessee.

DraftKings and FanDuel are major sites that accept Tennessee players.

Is What kinds of games does the state lottery offer?

Lotto tickets and scratch-offs can be bought. These include interstate games such as Powerball and Mega Millions.