Iowa gambling has a very long history. Like many other Midwestern states, Iowa casinos were common during the 1800s on riverboats. Some casinos carried over through the early 20th Century. Iowa gambling was brought back and also regulated in 1989. It is the first state to legalize riverboat casinos in the state. Iowa casinos became the fourth casinos to be legalized after New Jersey, Nevada, and South Dakota. Iowa has a state lottery, generous gambling and also horse racing, which comprises of simulcast betting. Casino gaming was then later expanded to the racetracks. Greyhound racing is legal however, it is in a sunset phase via a gaming deal.

Types of Live Gambling in Iowa

Legal gambling in Iowa comes in numerous forms. Racing is the first to be made legal in the state. Greyhound and Horse tracks were both lawful. The Iowa Lottery was the next type of gambling to exist. Tickets for the lottery are sold at convenience stores, however, not online. Charities can offer games of chance. There is a total of 22 casinos available in Iowa, as a mixture of regular Iowa casinos and the Native American casinos. All popular casino games are offered, including craps, blackjack, roulette and hundreds of slot games.

Daily fantasy sports fanatics know that Iowa gambling laws don’t permit the activity. Casino gamblers can’t pay a fee to enter any contest, irrespective of the amount of skill or even chance. There are exceptions to this. They include horseracing, bingo, licensed Iowa casinos and also social gaming. Lottery can only be spread by the state. Off-track betting and Horseracing require a license. All casinos should be on riverboats except for those located at tracks and on the tribal land. Iowa riverboats no longer have to leave the dock. There are no bet or game limits. Bingo and Raffles halls pay a licensing fee which ranges from $40 to $100. The minimum betting age in Iowa is 21. 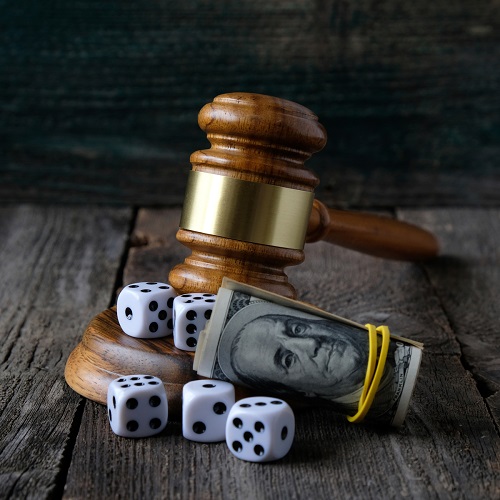 The first type of gambling that was legalized in Iowa was pari-mutuel. Horseracing was then made legal in 1983. Greyhound racing then followed two years later. There were two horse tracks and two greyhound tracks in Iowa. Today, there is only one of each. The Iowa Lottery was created over the legislation in April 1985. The first ticket was then sold on August 22, 1985. It sells pull tabs, scratch-offs and lotto tickets. There were TouchPlay machines under the control of the Iowa Lottery. Iowa became the first state to authorize riverboat casinos in 1989. Betting limits were limited to $5 with a $200 loss limit per cruise. All casino players had to use a rewards card that was tracking the amount lost per play. Iowa casino gamblers were also required to leave the boat every two hours.