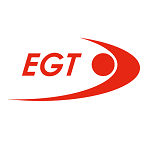 Euro Games Technology (EGT) is a Bulgarian online, mobile and brick-and-mortar casino game software supplier.  The gaming software was founded in 2002 and for most of its time, it focused on land-based gambling in Asia, Europe and Latin America. It’s significant to mention that none of the Euro Games Technology Casinos accept legal players from the United States.

There are lots of well-known EGT slot machine games in Europe. For the past years, these casino games have been spreading to the west, so a lot of online European gamblers should be familiar with them by now.

We have marked the web video slots with progressive jackpots. Most of them being local area progressives, so they don’t reach into the millions of dollars. In most cases, the jackpots follow a 4-tiered progressive model. The first jackpot may be a nothing, while every ascending one bigger by a factor of ten.

When it comes to table games, EGT produced two games: Lucky Circle and European Roulette. This is surprising because a cornerstone of the company’s success in offline gambling has been its hybrid Electronic Blackjack games. Once their full list of slot machine games are translated to internet casino software, you can expect to see EGT focus on table games. 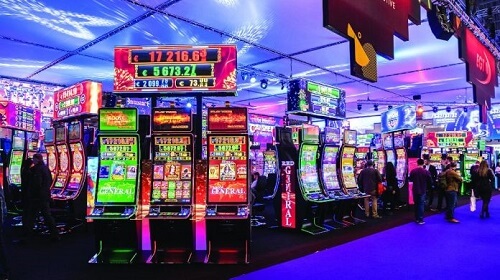 EGT casino software created three video poker variants. Two of the casino games are quite common: Joker Wild (Joker Poker) and Jacks or Better. These are the two common video poker games, except for Deuces Wild.  Another video poker game, 4 of a Kind Slot is uncommon and its rules appear to be like of Bonus Video Poker, where a four-of-a-kind pays out with higher jackpots.

The casino software company began to develop online and mobile gaming software in 2014 through its new division, EGT Interactive. Despite being a late arrival to the interactive gaming, they’re installed in more than 50 online casinos and 35 mobile casino sites. Most of these websites operate mainly in Eastern Europe.

EGT’s video slots games include a range of machines, including 5-reel video slots and 3-reel classics. Their goal was to convert their popular land-based games such as Versailles Gold, Oil Company II, and Rise of Ra into online and mobile slots. EGT continues to develop new casino games, including its brand-new titles like Halloween Slots, Circus Brilliant, and 2 Dragon Reels.

Euro Games Technology was created in 2002 in Bulgaria. The company started as a manufacturer and distributor of gambling equipment for the brick-and-mortar casino industry. After years of expansion, EGT began distribution into Central and Western Europe. Around the same time, EGT also expanded into South America, Asia, and Central America.