Keno is an exciting game but it can seem pretty confusing if you have never played it before. So, we have compiled a list of all the frequently asked questions about playing Keno at online casinos. Our list tries to answer the questions in a clear and understandable way so that you do not have to feel unsure. We also list the best Keno casino sites so that you can try the game if you are feeling confident enough to do so after having your questions answered.

A quick summary of Keno is that it is a lottery-style game that is incredibly popular at both brick-and-mortar and casino sites. The game works in a similar way to national and state lottery games. Players select up to 10 numbers between one and 80 on a card. Numbers are then drawn randomly. Players win cash prizes based on how many numbers they were able to guess correctly. There are often massive cash prizes for guessing all ten correctly.

Can you play Keno online?

Yes, you can play Keno online. It is one of the most widely available games at casino sites. If you are looking to play keno online, we recommend signing up to any of the sites we have listed above. Each of them offers you the chance to play Keno and also allow you to use your bonus on the game too. 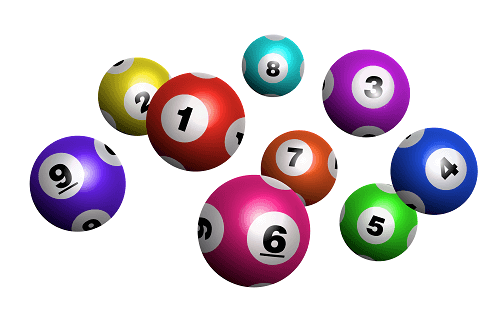 What are the luckiest numbers in Keno?

Well, isn’t this the million-dollar question? It has been suggested that the numbers that come up the most often in keno games is 1, 4, 23, 34, and 72. Do what you will with this information but we suggest being wary of falling into the trap of hot and cold numbers.

There is no way to truly predict the numbers that will come up in a Keno draw. Don’t fall into the trap of trying a load of combinations with numbers that are said to come up all the time.

Well, the odds of you getting two numbers out of ten is 0.2953. So, it shouldn’t come as a surprise that you have got a 0.00000001 chance of getting all the numbers right on one card. We wouldn’t bank on winning a Keno game it’s all we’re saying.

How do you increase your odds in Keno?

As in bingo or keno, there are limited ways in which you can increase your odds of winning. Surmised our tips to win include the following:

Is there a pattern to Keno?

No, there isn’t a pattern to Keno. But we will not deny that the same numbers seem to keep coming up over and over again, making it seem like there is. We wouldn’t fault anyone trying to find numbers that come up more frequently than others. However, we don’t think that you should focus your entire life and all of your funds on this.

How many numbers should you pick in Keno?

We say play all ten. You give yourself a chance of winning even a small amount of money by guessing two or three numbers correctly. As long as you are winning enough to pay the price of the card on a regular basis, we see no problem in betting on all ten numbers. It is a sound strategy to keep your bankroll flowing.

How do you win Keno every time?

If there was a way in which to win every Keno game you play, no casino would be in business because we’d be abusing it. You just have to hope that lady luck is on your side as this game is really just based on luck. If you find yourself struggling to believe that, you shouldn’t be gambling in the first place.

How is Keno payout calculated?

Keno payouts are calculated by looking at the odds of getting a certain number right in relation to a total pot. So, for example, a $1 card for a game with a $200 000 will payout a player who picked 10 numbers $3 because there is a 1 in 22 chances of them getting a number right.

Can I play Keno on my phone?

Yes, you can play keno on your phone. All of the sites we have listed on this site are accessible on mobile through your mobile web browser.