How to Play Craps at a Casino 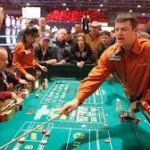 Take your online gaming prowess to another level by learning how to play craps with dice online. The gameplay is totally different from the craps game played at land-based casinos where the shooter blows the dice for luck. Craps online is conducted using a random number generator to determine the outcome of a roll.

Pro craps players have mastered the skill of making the right bets and not relying on luck to win. You can also join the group of players that make money for living playing craps. Discover how to play craps at casinos online and improve your chances of winning. There are a set of rules that you should know about relating to the procession of the game. Once you have a good grasp of the rules, you can use basic strategies to win at craps every time.

How to Play Craps for Beginners

The table game is not too difficult to learn for beginners. You can play craps online for fun while you practice seeing which bets win the most. There are different types of bets that you should familiarize yourself with:

The most basic bet in craps is the Pass Line bet that a player makes to back the shooter to win. For this wager to prove profitable, the dice should appear as follows:

The shooter will not win if these circumstances arise

By definition, the don’t pass bet is the opposite of the pass line bet. It means that you are betting that the shooter will lose. This outcome can result in a seven out or rolling a 7 value after a point has already been established. Scenarios in which this bet wins are:

You will not win in a situation where you place a Don’t Pass bet and:

A scenario exists in the craps table game where the player neither wins nor loses. When the come-out roll is 12 (both dice land on the six value), the bet is a push. The progression of the game differs from one casino to the other, but essentially the shooter will continue to play. However, you will have to add another stake equivalent to your initial bet.

The come-out roll is the first roll of the game and depending on the outcome of the roll, the shooter can either lose, win, or push in the round. Before the shooter rolls, the Pass Bet or Don’t Pass bet has to be made. Once the bets are made, the game can only proceed to the second round if the shooter does not crap out or wins by rolling a 7 or 11.

If the shooter rolls and a point is established, you can start making single roll bets on any number on the craps table. This round can go on as long as possible if the player avoids rolling 7 after a point has been established. The most popular craps bets are the Big 6 and Big 8 bet, marked visibly on the craps table layout. 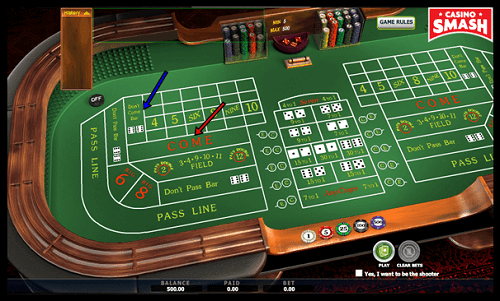 The craps table rules are pretty easy to remember. The most important part you need to know is that the craps game operates in rounds, and the value that you roll determines if you win or lose. The first round of the game is the come-out roll.

How to Play Craps and Win FAQs

What are the basic rules of craps?

How do you play craps for beginners?

You have to choose a bet on the come-out roll of a shooter. Your options include wagering on the shooter winning from the gate or losing. If the shooter avoids crapping out (rolling 2, 3, or 11) and does not win (by rolling 7 or 11) the number becomes a point.

How do you win at craps?

Are craps easy to learn?

Yes, the craps game is very easy to learn for beginners. There are several craps for dummies guides that explain how the game is played. All you need to remember are the basic rules, how to interpret the table layout and which bet pays out the most.

What is the best bet in craps?

The Pass Line bet is the best craps bet in the game, with an advantage of a 1.41% chance of winning. This bet suggests that the shooter will win and odds on not to crap out.