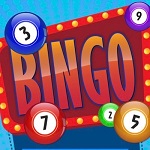 Bingo is one of the oldest gambling games worldwide, however, not everyone is familiar with bingo terms. In almost every state or city there is a bingo hall. You may have grown up seeing bingo games played for fun.

For a long time, bingo was thought to be something for the older generation. However, with the rise of online gambling; bingo online slowly became a popular game choice for all gamblers.

In addition to the extensive glossary of bingo terms, we have compiled a list of the best bingo sites. Here you can sign up, claim a bonus and use it to play real money bingo online

How does Bingo Work?

In our mission to help you understand the game of bingo better, we have tried to group the different terms under relevant categories. We have detailed bingo terms to do with the tools and parts used in the game. Additionally, we have included terms linked to how you play the game and other general terms.

Firstly, we will explain what bingo is. Bingo is a lottery style game where each player has a sheet or card with a range of random numbers. To win this game you have to mark off numbers that are randomly called out which appear on your card.

When you have enough numbers on your card that called out and they form a particular pre-announced pattern then you can claim a prize. If you are at a bingo hall you shout bingo if you’re playing online you win is automatically noted. 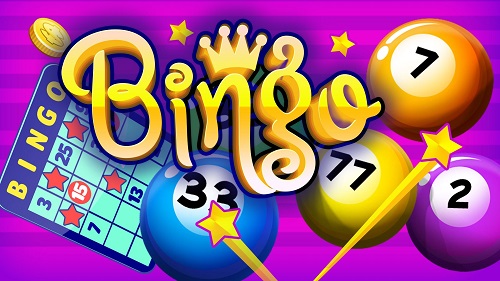 A bingo machine is basically a cage with numbered balls that are blown about using a blower to randomize them. These balls are then ejected out into a receptacle. The bingo caller calls out the numbers on the balls that are ejected.

A blower is a kind of fan device which blows into the bingo ball cage to mix up the numbered balls before they are randomly ejected out.

An admission packet is basically a buy-in for a bingo game. Certain bingo games will require you to buy a specified minimum number of cards to be able to participate in the game.

This is an electronic banner that displays each bingo number as it is called out after it is ejected from the bingo machine.

A dauber is an ink highlighter with a felt tip that you use to mark the bingo numbers on your card.

Bonanza bingo is a progressive jackpot bingo game. It is played on separate cards and the numbers are drawn before the main game. To play this game there’s an additional fee usually just $1. The jackpot prize pool is created by the number of players participating in the bingo game.

The early-bird game, as the name suggests, is an early game that starts before the scheduled main game.

A bingo event game has the features of a pull tab and bingo combined. Instead of a bingo machine to determine the winner through the balls that a randomly pushed out of it, a pull tab machine is used so that it randomly chooses a bingo ball which determines the prize.

A pattern is a shape or form in which the winning numbers appear on your card. Winning patterns can be formed horizontally, diagonally, in straight lines, or a diamond shape. You can even cover the whole card.

A blackout is a winning pattern where you have to cover the whole card to win. It is also known as a coverall.

This is a straight-line bingo pattern that wins without the use of the free space in the middle.

That is the direction in which the bingo card faces are cut off from the main sheet.

A face is one single sheet card with 25 spaces, with 24 numbered and the middle one being blank.