The vast majority of people who try to cheat the casino always get caught. So, don’t even get it into your mind that you will try to do so, as you will land in jail.

Moving on. Since the first casino opened its doors there have always been gamblers that use creative, ingenious, and downright strange methods to get an advantage. Regardless of whether it’s about blackjack, online slots, or anything in between, some casino players can’t accept the natural house edge.

In this guide, we got the most peculiar ways that people have tried to cheat casinos for years. Read on. 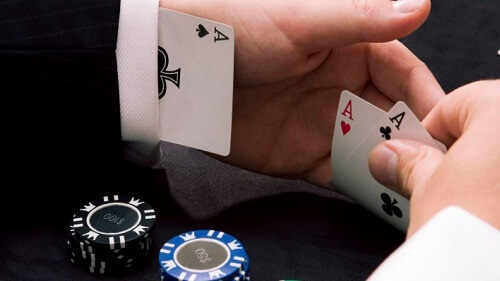 Sometimes players that cheat are lazy and unintelligent. Other times, they’re even hyper-motivated and very intelligent. What sounds like something that is out of a James Bond movie actually did take place in real life. To pull of the scam, three persons were involved.

The importance of the three was the roulette croupier (the inside man). The other two were his brother-in-law (who played the role of the actual gambler) and his sister, who would just play at the next table down the line.

Here’s how the plan worked: The croupier went about his business as normal, and the brother-in-law placed bets at the table. Next, the croupier subtly swaps out the usual ball for the robot ball. After that, his sister whose playing at the next table would then activate the ball through a remote which was subtly hidden in a pack of cigarettes.

In terms of the mastermind hackers, Dennis Nikrasch was unassuming. With more of a blue-collar aesthetic than that of a computer genius, he shocked the world with his super skills in manipulating real money slots.

He discovered that you can purchase the computer chips used in slot machines to regulate them, and bought his own. then, he learned how to edit those chips in a way that would set off a win every time he wanted.

It’s been said that if you can see other player’s cards, then playing cards really isn’t fun. When large sums of money are involved, though, things become a little different.

When you play baccarat, it’s normal to have someone at the table cut the deck following the dealer shuffling.

The “cutters” group decided to take advantage of a chance to see which cards were up next. Their method? A small camera placed inside a player’s cufflink.

Richard Marcus believed in the sleight-of-hand skill that most card magicians use could be useful when applied to the poker chips. He took this thought to a real money roulette wheel and put on a real show. He would stroll up to the table, acting to be intoxicated, and put chips down. Then placed a modest $5 chip at the top, though he was careful to hide.

If he lost the hand, he the slip the high-dollar chip back into his pile, hidden by the croupier. If he won, he would then make a scene and reveal that he had, unbeknownst to the casino dealer.